How To Setup A Node With Docker

A Production and Development Guide For Setting Up Docker Images With Core.

Docker is the de facto industry standard for packaging applications into a container. By doing so, all dependencies, such as the language runtimes, operating system, and libraries are combined with the product.

Prerequisites to be installed:

Different cloud providers offer specific products to host your Docker containers, such as:

Orchestrators with Docker as a first class citizen:

Get The Needed Docker Files

The code sample below downloads the needed files from our official GitHub Core repository.

Set NETWORK=mainnetif you prefer to run a Mainnet node. ``

This will run two separate containers. One for Core itself and another one for PostgreSQL.

The public API won't be available until a relay is fully synchronized with the network and blockchain. All requests before this will result in a connection reset because the port is not yet bound to an application.

How To Run a Relay and a Forger Node

Prerequisites to be installed:

Two additional steps are needed to be able to run a forger:

Step 1: MODE has to be set to forger (MODE=forger) in your $NETWORK.env file.

Step 2. Configure your delegate secret and password. Just use the additional script enc.sh.

You will be asked to enter your delegate secret, followed by entering your password twice. Script will create a new folder named enc, containing set of encrypted public and private keys.

Folder enc is needed during core container startup. After making sure your forger is up and running it is preferably to delete it. The disadvantage of this would be that if you your server gets rebooted or simply core container restarted, you will have repeat step 2.

This will fire up two separate containers. One for Core itself and another one for PostgreSQL.

In case you want to use a remote PostgreSQL server simply adjust variable CORE_DB_HOST in your $NETWORK.env and run only Core container:

How Do I Start With Empty DB?

Where Are the Config Files and Logs Located?

Having that said, your config files are locally accessible under:

Pool database as well as db snapshots are locally accessible under:

Alternative way of following the logs would be, by using the command:

How Do I Start Everything from Scratch?

Just use the purge_all.sh script.

How To Build Your Own ARK Core Docker Image

Custom Docker image builds of ARK Core are possible by using the file docker-compose-build.yml. Make your own modifications of ARK Core source code and run your custom container by executing:

This will build your ARK Core Docker image and run two separate containers. One for Core itself and another one for PostgreSQL.

How To Update Core Version Within Docker Image

As a preliminary step, installation of development tools is necessary (only needed once, when doing initial update):

We are all set! Run the update and follow instructions:

Updates and all changes made to the containers are kept even on container or host restart.

Option 2: Update is also possible by destroying and running Core container from scratch, so it downloads the latest image.

Make sure you destroy only Core container in order to keep your database and avoid syncing the blockchain from zero block. The commands example below does this:

ARK Core includes several Dockerfile and docker-compose.yml templates to ease the development. They can be used to generate different configurations, depending on the network and token.

For instance, you could use this command from the root core folder:

This command creates a new directory (docker) that contains 1 folder per network.

Run a PostgreSQL container while using NodeJS from your local environment.

This configuration is well suited when you are not developing ARK Core, but instead working with the API. By tearing down the PostgreSQL container, you reset the Nodes blockchain.

PostgreSQL is run in a separate container and it's port gets mapped to your localhost, so you should not have PostgreSQL running locally.

To run the containers in the background:

In case you need to start with a clean Database:

Serve ARK Core as a Collection of Containers

When a container is built, all files are copied inside the container. It cannot interact with the host's filesystem unless a directory is specifically mounted during container start. This configuration works well when developing ARK Core itself, as you do not need to rebuild the container to test your changes.

Along with PostgreSQL container, now you also have a NodeJS container which mounts your local ark-core git folder inside the container and installs all NPM prerequisites.

Enter your ark-core container and use NodeJS in a Docker container (Linux environment) with the following command:

Need to start everything from scratch and make sure there are no remaining cached containers, images or volumes left? Just use the purge_all.sh script. 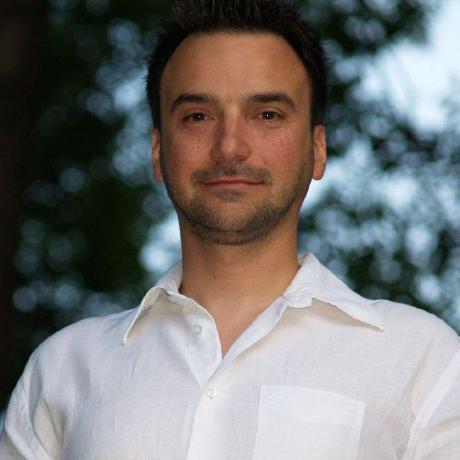 Last updated 3 months ago
Edit on GitHub
Contents
Introduction
Prerequisites
Supported Cloud Providers
Production Setup
Get The Needed Docker Files
Running a Relay Node
How To Run a Relay and a Forger Node
FAQ
How Do I Start With Empty DB?
Where Are the Config Files and Logs Located?
How Do I Start Everything from Scratch?
How To Build Your Own ARK Core Docker Image
How To Update Core Version Within Docker Image
Development
Generate the Configurations
Containerize the Persistent Store
Serve ARK Core as a Collection of Containers